Home prices in the Toronto suburb appreciated by 31.5 per cent over the last year 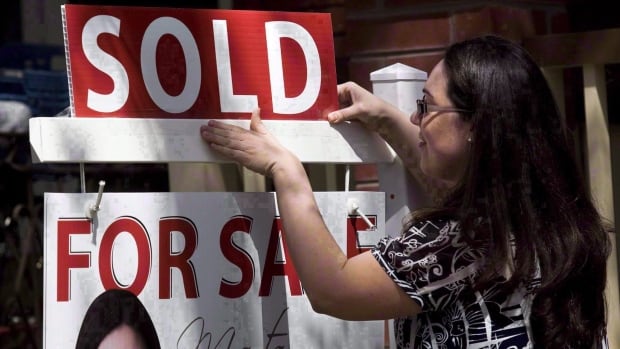 Housing prices in the GTA have ballooned by 20 per cent over the last year, with Richmond Hill and Oshawa showing the largest gains, according to a housing survey released Tuesday by Royal LePage.

The survey found an increased demand in suburban areas outside downtown Toronto, with Richmond Hill and Oshawa leading the way. Home prices in those areas have risen by 31.5 per cent and 28.2 per cent, respectively.

Royal LePage says the surge in Richmond Hill was the largest in the country.

“I’ve not seen anything that high before, ever,” said Dianne Usher, senior vice-president at Johnston and Daniel, a division of Royal LePage.

Royal LePage says the unrelenting gains are now driving prices up not only in the Golden Horseshoe, but as far away as London and even Windsor, Ont.

“We believe the market will continue to be strong, continue to be a sellers’ market, certainly in the short term,” added Usher, who said the preferred solution within the real estate community is to boost supply by loosening restrictions on and increasing density.

“We feel that the price increases are not sustainable, and if left alone, the market will correct itself,” Usher said.

Toronto vs. Vancouver? No contest

The nationwide survey also found that prices in the previously smouldering-hot Vancouver market are beginning to decline, leaving the GTA as Canada’s undisputed real estate madhouse.

“For the first time in several years, real estate markets in Vancouver and Toronto are headed in opposite directions,” said Phil Soper, president and CEO at Royal LePage.

The survey was the first since 2013 to record a decline in home prices in Greater Vancouver.

“The trend in Alberta, Quebec and Atlantic Canada is particularly encouraging,” said Soper. “Our concerns with the state of Canadian real estate begin and end with Toronto and Vancouver.”

Did you find apk for android? You can find new Free Android Games and apps.

‘Government will not fix this issue’: Money manager skeptical about Ontario’s housing plan

And Need Our Help?

If you would like to download this file, then you will have to unlock it by clicking one of the options below.

+1 us on Google Plus

Purchase with paypal for

The download link will be e-mailed to your paypal e-mail.